Eosinophils, mast cells, and basophils all were first recognized and described by Paul Ehrlich in the late 19th century. Since then, it has become clear that these three cell types have much more in common than their recognition by the same scientist. All three cell are involved in the pathogenesis of allergic disease. This is a consequence of the receptors expressed on their surface and their arsenal of powerful immunologically active mediators that are released upon activation. These mediators can either be preformed (e.g., histamine, proteases, cytotoxic proteins) and released within seconds to minutes after activation, or de novo synthesized (e.g., arachidonic acid metabolites, chemokines, cytokines) and released minutes to hours to days after activation. While mature mast cells do not occur in blood, eosinophils are found both circulating in blood (normally less than 5% of leukocytes) and in hematopietic and lymphatic organs, such as the bone marrow, spleen, lymph nodes and thymus. Basophils are only found in blood in healthy individuals (normally less than 1% of leukocytes), but are known to be rapidly recruited to inflamed tissues, where they can reach high densities (e.g., Jones-Mote reaction, anti–tick immunity) and play non-redundant roles. Mast cells are resident in vascularized tissues throughout the body and are particularly prominent within tissues that interface the external environment.

The pathological roles of eosinophils, mast cells, and basophils in allergy are either directly or indirectly linked with the presence of allergen-specific IgE in allergic individuals.

Mast Cells: Mast cells rapidly degranulate upon crosslinking of specific IgE by corresponding allergens and release preformed histamine, proteases (chymase, tryptase) and cytokines (TNF-alpha), followed by the rapid synthesis and release of prostaglandins and leukotrienes. Overall, mast cells are the main players in the early phase of the allergic reaction, due to their resident localization at sites where they are most likely to encounter environmental or food allergens (e.g., submucosa of the respiratory or digestive tract). Much of the acute phase allergic reaction can be ascribed to the direct effects of histamine on the surrounding tissues, for example the swelling, itching, sneezing in allergic rhinitis; and this also explains the benefits of using histamine receptor antagonists. Mast cells are also associated with a multitude of other conditions such as asthma, drug reactions, anaphylaxis, mastocytosis, urticarial. Far less well appreciated and understood are their possible supporting roles in obesity, atherosclerosis and tumor growth and development.

Eosinophils: Eosinophils can also be associated with a multitude of disorders, such as asthma, tropical pulmonary eosinophilia, Loeffler syndrome, Churg-Strauss syndrome, atopic dermatitis, eosinophilic esophagitis, hypereosinophilic syndromes, some malignancies, and adverse drug reactions. Eosinophils are terminally differentiated granulocytic effector cells that produce and store biologically active molecules, including cytotoxic proteins, lipid mediators, chemotactic peptides, and cytokines. They are considered as multifunctional cells able to modulate both innate and adaptive immunity. Eosinophil numbers in blood and eosinophil tissue infiltration often correlate with the severity of the disease. Therefore, therapies that reduce eosinophil numbers are usually effective in allergic diseases. Moreover, the numbers of eosinophils in sputum have been shown to predict the success of anti-eosinophil therapies in asthmatic patients. However, the exact role of eosinophils in the pathogenesis of eosinophilic diseases remains unclear and is currently a topic of intense research.

Basophils: The list for basophil-related diseases is somewhat shorter. Basophils have been associated with fatal asthma, acute and chronic allergy, and have been shown to play an exacerbating role in lupus nephritis. It is unclear whether they play any role in IgG-dependent anaphylaxis in humans. However, their role in amplifying existing allergic responses is relatively well established, due to their abundant secretion of the type-2 cytokines IL-4 and IL-13 after activation. Our understanding of basophils and their roles has been increasing steadily over the past few years, due to the introduction of murine basophil knockout models. However some questions still remain regarding the relevance of these models to human basophil immunobiology.

While it may be tempting for clinicians involved with the treatment of allergic individuals to only consider the negative roles of these three cell types, it is important to consider that causing allergic diseases is not their physiological function, and that they play important protective roles. These protective aspects of these cell types have been demonstrated in innate immunity against microbial pathogens, viruses, and helminthic parasites; and in protection against some snake, scorpion, gila, and honeybee venoms. However, in the latter case, mast cell-dependent host protection against bee venom can turn into the opposite in individuals who are sensitized to bee venoms, resulting in anaphylactic shock and death. This fact illustrates that mast cells, basophils and eosinophils are a “double-edged sword” in the instrumentarium of the immune system, highlighting the importance to develop viable strategies for pharmacological modulation (reduction or enhancement, depending on the case) of their effects and roles in different pathological settings. 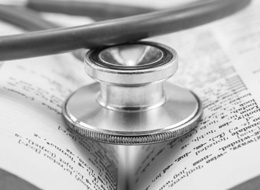