Rhinosinusitis is a global problem.

A survey of allergy and otorhinolaryngology (ear, nose and throat) experts from around the world demonstrates the similarities and differences in diagnostic and management practices that exist currently.

Since rhinitis and sinusitis occur so frequently together and the same mucosal tissue lines both the nose and the sinuses, "rhinosinusitis" is agreed worldwide to be the most appropriate term to describe this condition. Chronic rhinosinusitis is the form of the disease most commonly seen by the experts surveyed, with acute rhinosinusitis the next most common.

The Diagnosis of Rhinosinusitis

Global estimate of prevalence of underlying pathologies when rhinosinusitis is present:

The Management of Rhinosinusitis Worldwide

Allergists would refer the patient to an ORL if initial therapy were unsuccessful or if there were evidence of nasal blockage following initial therapy.

Antibiotics - with antihistamines and topical corticosteroids added to treatment by allergists

Antibiotics with topical corticosteroids and antihistamines

Nasal saline washes are used in some countries for acute and chronic rhinosinusitis (USA, Japan and Brazil)

First-line therapies of choice are 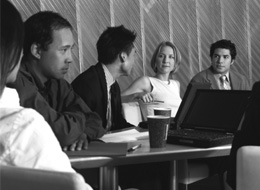